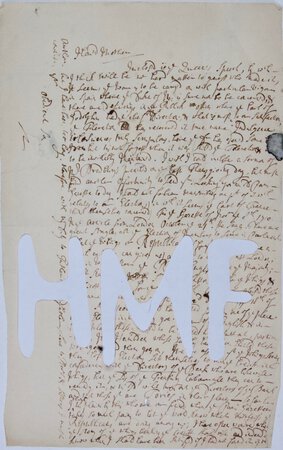 Interesting autograph letter to his mother in Marlborough giving news of the political situation in London, 1 page folio [November 1710]

Foster, son of a Marlborough attorney, was studying law in London in 1707 and was called to the bar in 1713. He subsequently became Recorder of Bristol and a distinguished King’s Bench judge. “As Mansfield wise and as old Foster just” says Charles Churchill in his Rosciad; he was also praised by Blackstone for his learning and integrity. In the present letter he is giving an on-the-spot account of the tumultuous Election of 1710. Towards the end there is also reference to a story that the Whigs (”Republicans as the French call them”) had conspired with the Directors of the Bank to break the credit.