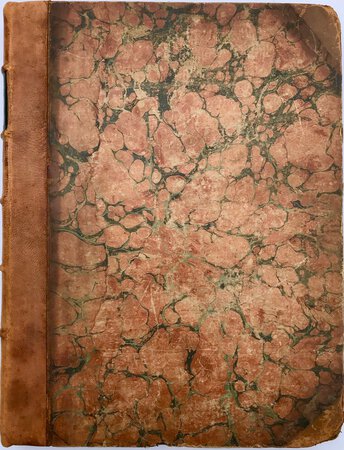 Geraniums : or A Monograph of the Genus Geranium: containing Coloured Figures of all the known species and numerous beautiful varieties, drawn, engraved, described, and coloured From the Living Plants.

London : Printed by R. Taylor and Co., 38 Shoe Lane; and Published by the Author, 5, Knightsbridge. 1805. Large 4to, title-page, 1 leaf, Introduction, 1 leaf, 75 etchings [of 124] (some folding) with contemporary hand-colouring and some partly printed in green, each with a facing page of text, uncut, (deckle-edges on 3 sides), contemporary half calf marbled boards, worn, with a rather amateurish, but serviceable, re-back, endpapers renewed, internally fine and clean.
This work, which more than one authority claims “is rarely found complete” was published over at least five years. It is probable that Andrews coloured the plates himself and issued them at various times with just the number of plates which were ready. The present copy bears evidence of this in that the first 10 plates have a faintly etched publication line beneath the title dated 1805, followed by 28 plates dated 1806, and others dated 1807 to 1810. The last plate is on J. Whatman paper watermarked 1809 and various of the later plates have text quoting dates of “1809”, “1810” and “last summer 1810”. There were 124 plates in total but of the last six copies at auction only one, at Sotheby’s in 1977, was complete; the others ranged from 100 plates, again in 1977 down to 41plates; with 75 plates being the commonest number.
Reference: Nissen BBI 32 , Dunthorne 11,