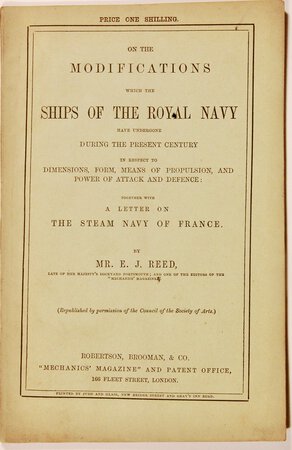 On the Modification which the Ships of the Royal Navy have Undergone During the Present Century in Respect to Dimensions, Form, Means of Propulsion, and Power of Attack and Defence; Together with a Letter on the Steam Navy of France.